The CrossFitters’ Guide to Surviving Murph

When most people think about the end of May, they think about barbecues, pool noodles, and the sun setting nice and late. And if you’re a CrossFitter, May is also likely to make you think "Murph." If you’ve done Murph, you know the physical and mental toughness it takes to get through all that running, pulling, pushing, and squatting. 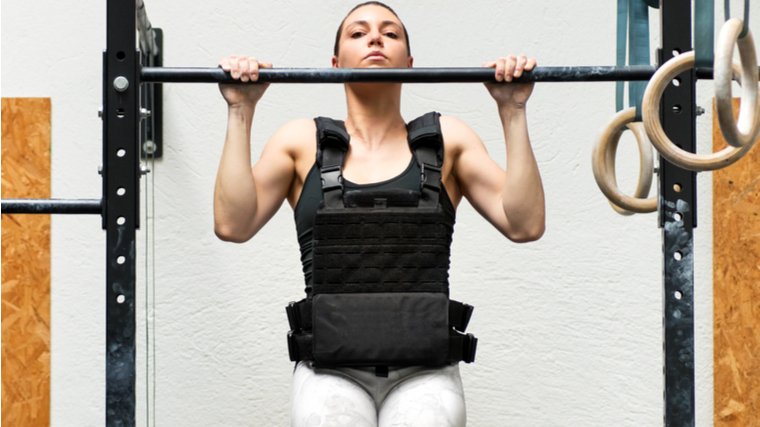 Arguably one of the hardest WODs (workouts of the day) out there, it takes a tremendous amount of strength, stamina, and fortitude to make it to the end. Because it’s such a powerful test and display of mental and physical toughness, plenty of people conquer Murph and return year after year to do it again. But if this is your first year — or you’re a pro but still need a little bit of guidance — it helps to know that there are ways to not only survive it but maybe even cross that finish line a little bit faster.

Murph became an official CrossFit Hero WOD in 2005 to honor Navy Seal Lt. Michael Murphy, who died in Afghanistan that same year. It’s said that Murphy himself used to do this WOD, but he called it Body Armor. Murph was formalized by CrossFit to memorialize him and his heroic actions taken in battle, which later awarded him the Medal of Honor. Ever since its first official completion in August 2005, CrossFitters and Navy SEALs have stepped up to the plate to take on this challenge once again.

The actual workout itself consists of…

If that wasn’t difficult enough, Murph is traditionally done wearing a 20-pound vest for men and 15-pound vest for women. (CrossFit allows trans athletes to compete according to their gender identity, but does not have non-gendered weight categories or divisions at this time.)

Sometimes seen in the CrossFit games, RX’ed Murph is done in one particular order. This means that you cannot move onto the push-ups until all 100 pull-ups are completed. There are scaled options, but that doesn’t mean it’s any easier.

Athletes of all fitness levels can challenge their body and mind with Murph. But it’ll take a lot of training and strategy to get through it. So strap on your weighted vest, keep the chalk bucket close, and get moving.

Preparing for Murph doesn’t just mean lifting heavy and running more. It also means creating a game plan for how to approach this workout.

Don’t Burn Out on the First Mile

With all the excitement and nerves that surround Murph, it can be easy to let your adrenaline take over in the first couple of minutes. This might mean you’re running faster than normal and using all your energy in the first mile — which is one of the biggest mistakes athletes make in this WOD. (1)

As tempting as it is to sprint through it, you want to control your pacing. Don’t try to best or even match your standard mile time. It can actually be more advantageous to you to slow down a bit and run at a pace that you can sustain for longer distances. Take your time with the first mile, because you’re likely to be using up more time and energy during the reps than the run anyway.

Break Up the Reps

Six hundred reps of any movement — for any level of athlete — can be intense (to say the least). But breaking them up into smaller, more digestible sets can make it feel more achievable. One of the popular ways to attack the reps is with five pull-ups at a time; 10 push-ups at a time; and 15 squats at a time. This closely resembles the infamous Cindy WOD, where you’re trying to complete as many rounds as possible in 20 minutes. This strategy equals out to 20 rounds of each exercise before moving on to the next one. 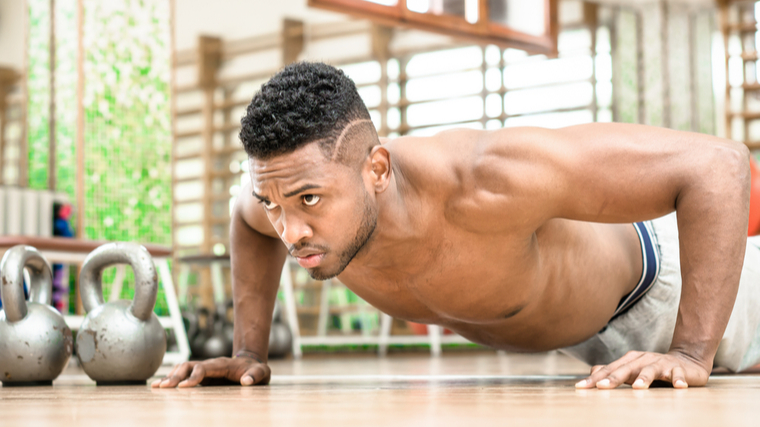 Although popular, it’s not the only way to partition the exercises. You can complete more or less reps at a time depending on your level of fatigue — and your comfort level and skill at each of the individual moves. It’s important to try to maintain consistency throughout, because having a game plan can be better than just winging it. As with running, you don’t want to burn out before you get close to the finish.

Whether it’s running, pushing, or pulling, you probably have a weakness somewhere. Even though you may not want to admit it, it’s important to know and understand your weakness to be able to approach Murph intelligently. Knowing your weakness beforehand can help you train and practice more of that specific area to help you prepare both mentally and physically.

It can also help you construct a game plan because if your weakness is push-ups, you may want to break those up into smaller sets of five at a time. If you don’t know your weakness just yet, training for Murph will help you figure it out quickly.

Especially during the summertime heat, it may seem obvious — but staying hydrated is crucial for your health, safety, and success. You’ll likely be sweating a boatload during Murph, which can put you at a higher risk for dehydration if you don’t have water nearby. You can become dehydrated by losing just three percent of your body weight from water depletion — and losing just four percent can decrease performance, muscular endurance, and strength. (2)

In order to stay properly hydrated, drinking 16 to 17 ounces of water or sports drink two to three hours before exercise, and another six to seven ounces less than 30 minutes before exercise can help prevent the risk of dehydration. Continuing to hydrate throughout Murph with six to seven ounces every 10 to 20 minutes can also help your performance and hydration. (3)

How to Train for Murph

Jumping straight into a workout like Murph without training can be a bad idea, especially if you haven’t done it before. Even if you’re a seasoned vet, this WOD is tough and needs to be built up to. It’s also easily modifiable if you’re not quite ready for the RX version.

Training for Murph doesn’t necessarily include practicing the workout over and over until the day comes. The workout can take anywhere between 30 minutes for elite athletes to an hour or much more for novices. So you need to be prepared to work out at a high volume consistently for that amount of time. It means building up your aerobic and anaerobic strength, work capacity, and endurance by training both cardio and weights.

Just because the workout consists of higher volume doesn’t mean you have to spend the whole month of May busting out 300 squats for time. Meet yourself where you’re at for each exercise. Maybe you can perform 10 push-ups, then rest 30 seconds, then do 10 more push-ups. You may be able to do many more air squat reps at a time. But to repeat sets of 10 pull-ups, you may have to increase your rest periods significantly. That’s okay — start training where you are, and gradually increase your reps and decrease your rest times from there.

Alternatively, you can also work through an AMRAP (as many reps as possible) — do as many pull-ups as possible in one minute, then rest. You can employe this strategy as a benchmark to test where your starting point is and build from there. Ultimately, you’ll want to try to build up your reps to help increase your endurance. Giving yourself rest in between can help train your body to learn how to pace yourself. You can also build your confidence by making the finish line seem more achievable.

If you’ve never done 100 pull-ups or 200 push-ups in a row, you might not know it’s less about strength than it is about endurance. You might want to start practicing now by gradually increasing the amount of reps you can do at a time.

Once that fatigue starts to set in, the reps can feel endless. So it’s important to build your endurance — both mentally and physically — to help push you through. Know that you won’t be doing these reps unbroken, but having enough endurance to do five to 20 reps unbroken at a time can keep you on pace without burning out in the first 10 minutes.

An example workout to train for endurance may look like:

If you’re new to this kind of pull-up, push-up, or air squat volume, start with longer rest periods and gradually decrease them as you build your endurance. You can also use resistance bands to assist with your pull-ups if needed.

Gradually increase your reps or decrease your rest every couple of workouts. As you build your work capacity, try to keep it to no more than one minute rest in between.

Even though the pull-ups, push-ups, and squats are bodyweight moves, you need a lot of strength to bust out those reps. So implementing exercises like bent-over rows, bench presses, and back squats into your routine leading up to the big day can be crucial.

Training these muscles under load can help reduce anaerobic fatigue, which may be the largest contributing factor to a better Murph time. (1) Training to perform your reps faster can help you complete Murph faster than focusing on just running a quicker mile.

An example workout to train for strength may look like:

Use weights that feel like you’re approaching two to three reps shy of failure to maximize effectiveness.

Schlepping through two miles with 600 bodyweight reps sandwiched in between is brutal — so don’t overlook your running prep. Start adding in running before and after your workout.

You can begin with shorter distances like 400 meters — a quarter mile — and build up to longer ones. It can also be more beneficial to run in the environment you’ll be doing for Murph, so if you’re running outside on the big day — which you likely will be — then ditch the treadmill for a couple weeks and pound the pavement. You’ll better acclimate to the summer heat and prepare your muscles more for stabilization and the forward motion that is often eliminated by the treadmill.

Train With the Vest

Murph can be completed wearing an optional weighted vest. If you’re one of those brave souls, then start training with the vest as soon as you’re ready. Once you feel comfortable with your running and bodyweight training, start wearing your vest when you’re out for a walk or run and when you do pull-ups, push-ups, and squats. Wear it when you sleep — well, not really.

But when it comes to your training, the more your body is prepared to move with the extra weight of the vest, the better you’ll feel when the day comes. Do not wait until Memorial Day to put that vest on, or you’ll probably be setting yourself up to fail.

How to Mentally Survive Murph

Your body will go through a lot of stress during Murph — but it’s mental toughness that can push you through the finish line.

Stick to Your Plan

First step: Know your weakness. Second step: Start training. Third step: create a plan and stick to it. A huge part of creating a game plan for Murph is knowing how to partition your reps. You won’t be doing the reps unbroken, and it’s important to be realistic about how you will break them up. You’ll probably feel good at first and think you can do more reps than you planned for, but once that fatigue starts to really set in, you’ll understand why smaller sets can be better.