How to Choose the Right Powerbuilding Exercises for Your Goals

Maybe you’re a powerlifter who wants your strength to be reflected in your musculature. Or you might be a bodybuilder who wants to be as strong as you look. Even if you have no aspirations to compete — or you’re a beginner in the gym — you might just generally want to get both big and strong. Folks who are competing in a strength sport need to specialize and zone in on their top priorities. But when you’re a recreational athlete or a competitor in the off-season, you’ve got more wiggle room to get pretty darn good at more than one thing.

If you’re a member of the intrepid class of lifters who wants to look as strong as you are, there’s a programming scheme for you. Enter the wild west of powerbuilding. You’ll take a little of this (powerlifting) and a little of that (bodybuilding) and create for yourself an enterprising program to feed both your strength and muscle dreams. Selecting solid powerbuilding accessory lifts is a crucial part of powerbuilding programs. It’s those lifts — in addition to dialed in nutrition and recovery — that will help guide you toward your goals.

Powerbuilding is all about taking your goals and putting them together so you can have it all. Whether you’re mainly focused on strength with some muscle-building desire thrown in or want to build major muscle but also get strong, powerbuilding has room for you. Choosing the right powerbuilding accessories is key to unlocking the full potential of your program — and of your own body.

Powerbuilding combines powerlifting and bodybuilding techniques with the aim of making lifters both very strong and very muscular. You’ll maintain major compound lifts as the focal point of your workouts, but the emphasis of your program will have changes depending on where you’re coming from.

If you’re more familiar with working toward max strength, powerbuilding will have you performing more accessory moves than you might be used to. On the other hand, if you’re used to bodybuilding and want to get stronger, you already are experienced with a lot of accessory work. Your new emphasis will be on using more heavy compound lifts in your accessory playlist.

Include three to five supersets per session when you’re prioritizing aesthetics and two to three supersets per session when you’re emphasizing strength. Plan on going hard four days a week, with three days rest each week. Because you’ll be chasing more than one goal, you’ll need to really prioritize your recovery in powerbuilding programs. Try to establish and maintain mobility routines, especially on your off days. Make sure you’re getting plenty of nutrients and as much sleep as you can get.

What Are Accessory Exercises?

You can perform accessory exercises with an emphasis on muscular endurance, hypertrophy, or supplementing your big strength lifts. Either way, you’ll be adding quality volume to your training. And whenever you add volume, you’ll need to dial in your recovery. Accessories are valuable precisely because they don’t tax your body quite as much as your main, heavy strength lifts. But that doesn’t mean you get a free pass to ignore recovery. Make sure you’re eating enough and sleeping as well as you can to help you reap maximum results.

The big three in powerlifting — the back squat, the bench press, the deadlift — rule all in powerlifting programs. You want to devote the vast majority of your focus to these exercises, and to moves that closely mimic them or will otherwise help you improve your technique.

Performing these heavy lifts day after day takes a pretty hefty toll on your body. That doesn’t leave all that much wiggle room to accommodate a ton of extra volume from accessory work. 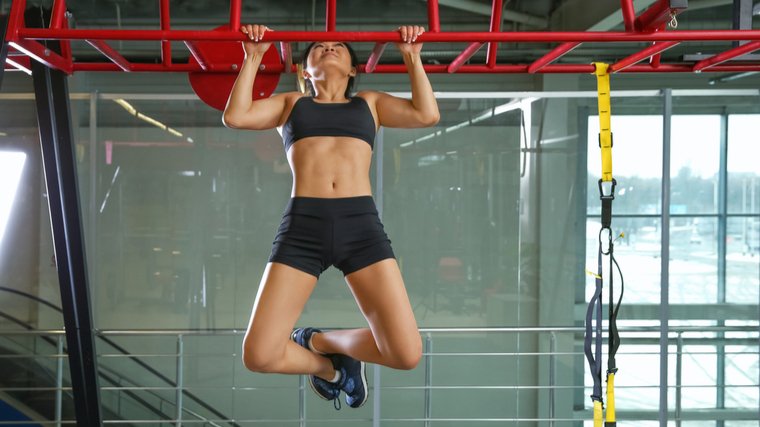 As a result, some powerlifters opt not to include that many accessory lifts in their programs, especially when they’re approaching a competition. When you’re looking to build max strength, you want to focus on your main lifts as much as possible. That helps keep recovery as efficient as possible.

But moves like pull-ups, shoulder presses, dips, and rear delt raises may find their way into many powerlifting programs to keep athletes well-rounded and strong on multiple fronts. Using accessory lifts to balance out your strength helps keep your body ready to tolerate the stress placed on it by your big three.

Like powerlifters, bodybuilders also use main compound lifts as centerpieces. After all, they are the main mass-builders in any program, given the sheer amount and intensity of muscle recruitment they involve. But heavy compound lifts take a big toll on your body, and you need to program yourself adequate recovery time. That doesn’t leave much energy for the volume of isolation accessory work you need to develop big and symmetrical muscles in even the smallest of muscle groups.

But bodybuilders need to specifically develop symmetry and size in all of their muscles. Because of this, they often consider accessory lifts to be their proverbial bread and butter. The main goal is generally size and symmetry, rather than max strength. To that end, bodybuilding workouts will tend to have a bigger focus on accessories than on heavy compound movements alone. These moves are often wider-ranging that powerlifting accessories, and will include — in addition to the moves often favored by powerlifters — variations of triceps extensions, biceps and hamstring curls, and quad-dominant moves like Bulgarian split squats.

Regardless of your main goal, choose exercises that target your weaknesses. If your bench press tends to go up faster on one side than the other, opt for dumbbell work over barbell work to address those imbalances. If you know your quads are the limiting factor in your squat strength, choose quad-focused accessories like front squats and Bulgarian split squats.

You can also prioritize moves that won’t eat into recovery from your main goal. Primarily chasing strength but want big arms? Opt for isolation exercises that emphasize your target areas, like overhead triceps extensions and Zottman curls. If you’re mainly prioritizing size but want to get strong, go for two-for-one strength and muscle-building compound moves like front squats and incline dumbbell bench presses. When size is the biggest focus, your main lifts — squat, bench, deadlift — shouldn’t be so heavy that the front squats and dips will make recovery near impossible. Everybody wins.

How to Choose Powerbuilding Accessories

Whether you’re looking to build strength or muscle — or, in terms of powerbuilding, both — you want to be prioritizing compound lifts. Not only are they the way to move the most weight, but they also engage muscles throughout your entire body with each rep. So, the mainstays of your powerbuilding program will generally be the same as the big lifts for powerlifters — squat, bench, and deadlift. Many lifters will also add overhead presses to their repertoire as a main lift. 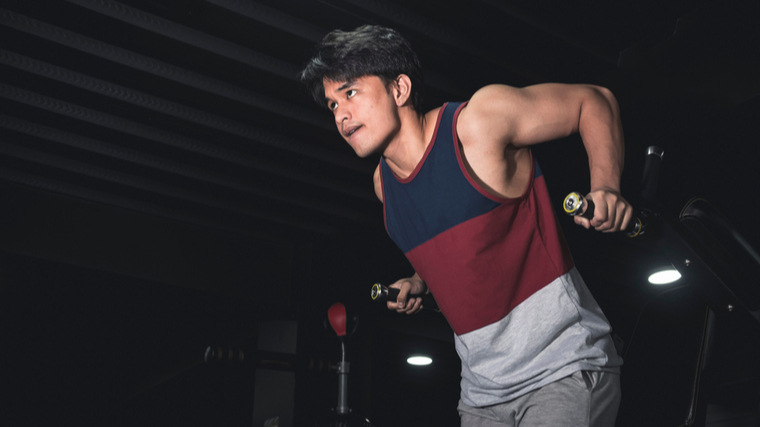 But when it comes to accessories, your choices will differ depending on your "why." What’s the number one goal in your powerbuilding program? Yes, you came here because you want to build strength and get jacked. But you probably have one of those goals that you’re focusing on a little bit more than the other.

Powerlifters who want to slap on extra mass while still focusing on strength might maintain a strength-building focus. Alternatively, off-season bodybuilders might be looking to use their time maintaining muscle while focusing on getting a heck of a lot stronger. You might also be a recreational lifter with a goal of finally hitting that four-plate deadlift.

Even if you’re mainly focusing on strength, the nature of powerbuilding means that you’re going to pack in a lot more accessory work than you would in a traditional powerlifting program. The following accessory exercises are good choices for powerbuilding with an emphasis on strength.

Program these accessories slightly heavier and with a bit less volume than you do when you’re focusing on aesthetics. However, you still want to go light enough to incorporate bodybuilding techniques like tempo training to emphasize eccentrics and isometric work with peak contractions to further increase time under tension. Try sticking in the five to eight rep range for compound accessories and in the eight to 15 rep range for isolation accessories.

You might hit the gym more days of the week than you don’t — but no one can really tell by looking at you. If you want to focus on packing on quality muscle mass while still getting stronger, you might decide to hone in on aesthetics within your powerbuilding program.

Focusing mainly on aesthetics means you’re going to include even more isolation moves than you would in your strength-focused programming. Remember that you’re still going moderately heavy — around 75 to 80 percent of your one-rep max and above — with your main compound lifts to keep that strength emphasis.

With these accessory moves, you’ll want to work in the six to 12 rep range for compound moves. Try higher rep ranges for isolation movements, working toward failure in the 15 to 25 rep ranges.

You want to pack on the muscles of a bodybuilder while hefting the bent multiple plates of a powerlifter. Don’t let the haters tell you that you can’t have it all. There are absurdly strong bodybuilders that can go toe-to-toe with the mightiest lifters. And not all powerlifters are all strength and no definition.

Powerbuilding can help you bridge the gaps between your goals so you can grow your muscles and your weights. Choosing the right powerbuilding accessories for you is a key part of that process. Figure out what you want to focus on and build from there. Getting big and getting strong don’t have to be mutually exclusive. You just have to choose smart exercises, work hard, and recover harder.

What is EMOM Training? How to Do It and Why You Should

Mobility vs. Flexibility — Why It Matters and What It Means for You

How to Activate Your Central Nervous System to Become Freakishly Fast