Weightlifting is historic. Although the sport has always enjoyed significant limelight and prestige internationally, American weightlifting is having something of a moment in the States in recent years.

Its modern growth and expansion — in the spring of 2022, USA Weightlifting (USAW) held its largest competition of all time — speaks not only to how much people enjoy lifting tremendous weights overhead, but also throws into sharp relief just how far weightlifting in the States has come since its early days. 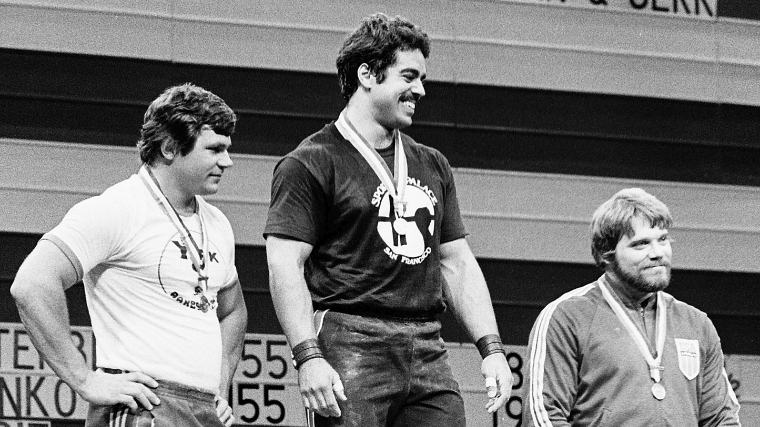 With the 2022 USAW National Championships rapidly approaching, it’s time to take a brief look back in time. To appreciate where American weightlifting is at in 2022, you need to understand where it was almost a century prior.

As you look forward to the 2022 USA Weightlifting National Championships in Las Vegas, knowing these nine things should help you enjoy these historic championships even more.

Editor’s note: This article is an op-ed. The views expressed herein and in the video are the author’s and don’t necessarily reflect the views of BarBend. Claims, assertions, opinions, and quotes have been sourced exclusively by the author.

These Are the 95th Men’s and 42nd Women’s Nationals

The first Men’s Nationals was held in 1928 under the auspices of the AAU — the national governing body for most amateur sports in the U.S. through much of the 20th century. The Nationals of 1928 was not only the first Nationals recognized by the AAU, but it was also the first "remote" or "virtual" Nationals, as the winners were recognized on the basis of the highest Totals posted by athletes in the U.S. during that year.

Hollywood actor Tom Tyler won the Heavyweight category and officially became the first man in the U.S. to clean & jerk 300 pounds (136 kilograms). Arnie Sundberg was the only champion who would repeat (he won a total of four times). It wasn’t until 1929 that a live championship was organized. It took place in New York City. 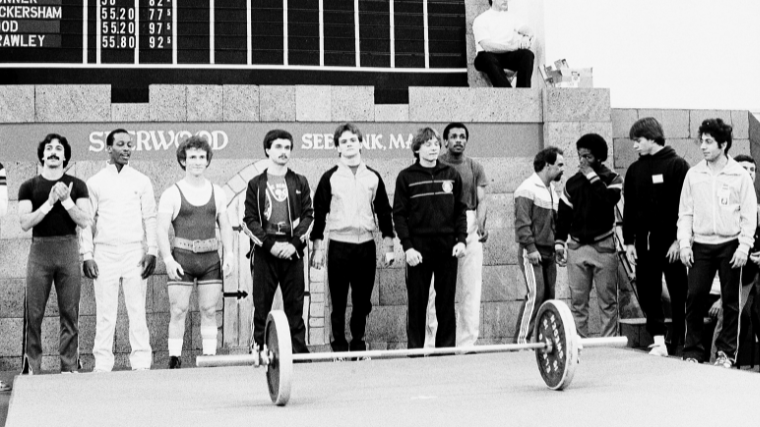 The first Women’s Nationals was held in Waterloo, Iowa, on May 23, 1981, and was hosted by three-time men’s National Champion Joel Widdel. There were 29 competitors in this pioneering group. Among the winners was Judy Glenny, who, competing at 67.5 kilograms, out lifted all of the other competitors. She became the first female referee in the International Weightlifting Federation (IWF) and a referee at the first Women’s World Championships held in the U.S. in 1987. She was one of the leading advocates for the inclusion of Women’s competitions at the World Championships and Olympic Games.

Also among the 1918 winners was Karyn Bastiansen (aka Tarter and Marshall), who would go on to become the first woman to clean & jerk 300 pounds officially and the United State’s first Women’s World Champion.

While today the snatch and clean & jerk are the events contested at local, national, and international events worldwide, high-level competitions have not always consisted of these events.

Prior to 1973, there was an event called the press, during which, mercifully, "pressing out" was not only legal but required. But in the early days of weightlifting, there were five National Championships in which five events were contested. These occurred in 1929, 1930, and 1931, and again in 1933 and 1934. At those Nationals, the five lifts contested were the one-hand snatch, the opposite hand clean & jerk, then the two-hand press, snatch and clean & jerk. All five events were performed on the same barbell (no dumbbells or kettlebells).

It’s Not Always Been About Kilos

Given that measuring weight in pounds has been part of U.S history (inherited from the British), such measurement was used in weightlifting in the USA from its inception. Even though most of the rest of the world was using kilograms in weightlifting and elsewhere, everything in the U.S. pertaining to weightlifting was done in pounds — both bodyweight categories and in the weights lifted. This practice continued through 1970. Beginning with National events held in 1971 the official use of kilograms was adopted, and all body weights recorded, as well as all amounts of weight lifted, were switched to kilos.

The Pioneers Who Made the First Men’s Nationals a Reality

Alan Calvert, the publisher of Strength magazine, and owner of the Milo Barbell Company (respectively the predominant weightlifting magazine and weight manufacturer in the U.S. at the time) was a key figure. He began, in 1911, to use his magazine as a vehicle to call for an American organization that would certify officials, judge technique, and require the use of accurate scales and standardized equipment. 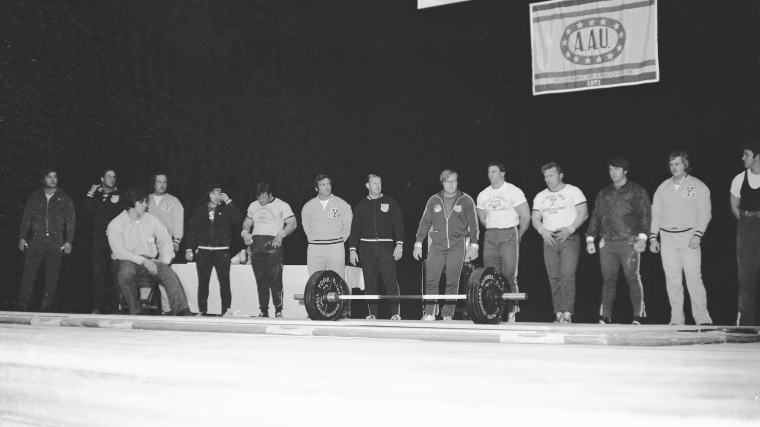 In 1922, two British emigres — George Jowett and Bernard Bernard — formed the American Continental Weightlifter’s Association (ACWLA), which began to hold competitions in accordance with the rules of the BAWLA (the British weightlifting governing body). Shortly thereafter, Jowett took the leadership reins of the organization. He was joined by other prominent members of the U.S. weightlifting community, such as Ottley Coulter, Mark Berry, and David Willoughby.

The organization struggled for the next several years while seeking to obtain the recognition of the AAU and/or Fédération Internationale Haltérophile et Culturiste (FIHC, predecessor to the modern IWF).  It wasn’t until Dietrich Wortmann took on the problem of Weightlifting’s acceptance by the AAU that critical progress was made. Wortmann, a U.S. National Champion wrestler and Olympian was already a powerful leader in the AAU, and he ultimately became the Chair of the AAU Weightlifting committee, a position that he held until his untimely death in 1952. So greatly respected was Wortmann in the U.S. and abroad, that he was elected the President of the FIH just before his passing.

The Pioneers Who Made the First Women’s Nationals a Reality

There were many officials and athletes who made Women’s weightlifting in the U.S. happen. Interestingly enough, women’s lifting in the U.S. was not uncommon prior to World War II, with a number of competitions being held around the U.S., often hosted by a husband and wife team. But after the war, interest declined, and few if any competitions included women.

However, by the 1970s, women began to become more interested in weightlifting and started to compete in local events. By the end of the decade, many women were lifting in local competitions, so interest began to grow in the idea of conducting a National Championship for women. Mabel Rader, who was the first female to become a National referee in weightlifting, was appointed to chair a women’s committee that would work on recommendations for organizing a women’s Nationals. 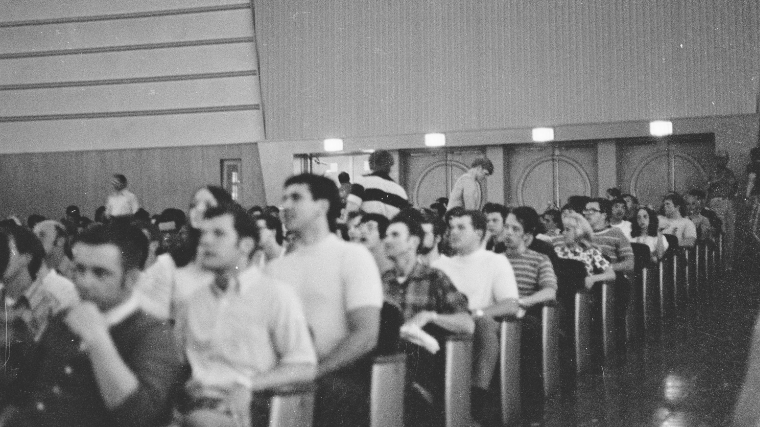 Their findings were presented at a USAW Board meeting in November of 1980. I had the honor of being an athlete’s rep on the Board at the time and had the opportunity, with several other Board members, to argue strongly in favor of the USAW organizing Women’s Nationals in 1981. There was significant opposition to this notion, but it was not grounded on any opposition whatsoever to women’s weightlifting in general. The argument against holding the Nationals was that there were not yet enough women competing at a high level, so some bodyweight categories might be won with relatively weak performances — thus allegedly demeaning the value of a National Championship.

But those of us who argued in favor of holding in national in 1981 presented two major counterarguments. First, organizers of the early men’s Nationals didn’t know they would have good results either, but they were held nonetheless. More importantly, the mere existence of such an event was required by fairness and would help to develop women’s weightlifting in the U.S. Women athletes would have a Nationals to look forward to, just as men did when their national events began.

The Board, then made up of 10 members, was deadlocked, with five in favor and five opposed. In the event of such an impasse, the Board’s rules at that time permitted the Chair to cast the deciding vote. In what was to become a defining moment for women’s weightlifting in the U.S., then-Chair, Murray Levin cast the tie-breaking vote in support of holding a Women’s Nationals in 1981. And the rest, as they say, was history. Now, as we approach our 42nd Women’s Nationals, we expect once again to see yet another event outstanding event where the women outnumber the once-dominant men.

The first seven Women’s Nationals were held at a separate time and place from Men’s Nationals. The women’s event was held across one to two days. The men’s event, which had more competitors at that time, had been held over a two-day period for many years.

I had observed a thus far minor, but to me troubling, phenomena in the sport, wherein some coaches had started coaching only women, and others (a smaller number) wanted to coach only men. The notion of permanent separation of the men and women began to concern me. I felt we should encourage coaches to welcome athletes of both genders. And, in a sport as unpopular as ours was at the time, it would have been truly tragic if we didn’t stay together.