The 2022 World’s Strongest Man (WSM) contest kicked off on May 24, 2022, in sunny Sacramento, CA, with big crowds of spectators and a tournament area outfitted to contest the triple-degree heat. The first two events of the Qualifying Stage — the Loading Race and Deadlift Ladder — occurred on Day One, with many expectations being met and some breakout performances claiming the limelight.

The 2021 WSM champion Tom Stoltman is on track to the Final, where he can continue his title defense as he stands atop Group 1. Other previous WSM champions likewise lead their respective groups, including 2020 WSM Oleksii Novikov and 2019 WSM Martins Licis. Below are the standings for each group after Day One: 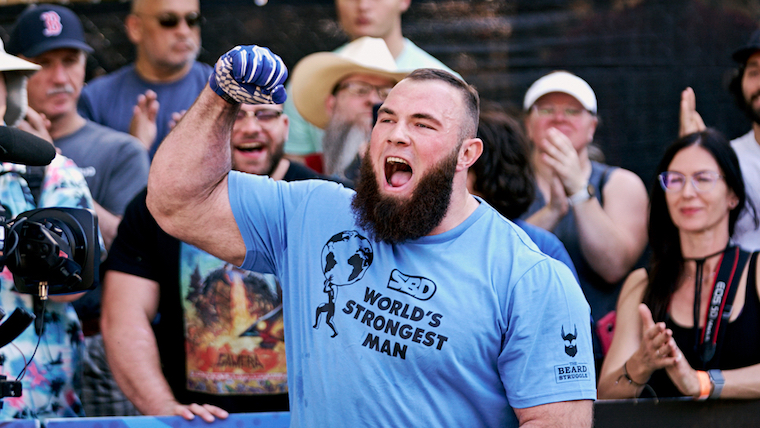 Below are each group’s standings after Day One and the standout performances from each event.

Tom Stoltman is living up to his expectations coming into his title defense with a stellar Day One. He was the first man to score a sub-40 second time in the Loading Race, and his awareness matched the combination of his speed and strength in the field of play. Stoltman matched that effort in his winning time in the Deadlift Ladder. If he had any nerves about defending his WSM title, he checked them at the door. It’s tough to imagine how he doesn’t emerge victorious in this group.

What a breakout performance by Canada’s Mitchell Hooper. The 26-year-old kicked off his WSM debut with fireworks by posting a winning time in the Loading Race that was only bested by Licis, Novikov, and Luke Stoltman — pretty good company.

Hooper continued to wow the crowd with a winning time in the Deadlift Ladder of just over half a minute. We’ll see how he fairs in the heavier events like the Log Lift and the Car Walk, but Hooper is the talk of the town after Day One.

Novikov is likely to make up for his stunning absence from the WSM Final in 2021 as he scorched the Loading Race with the fastest time of the entire competition. He remained consistent in the Deadlift Ladder to finish a flawless Day One.

Bishop is leveraging the advantage from his opponent’s blunders with a nice three-point cushion in second place from his consistent outting. He looks strong on the competition floor, and if he keeps that up in the heavier events coming on Day Two, he could nip ever closer to Novikov’s lead.

The return of "The Dragon" was froth with flames as Licis claimed the second-fastest time in the Loading Race across all 30 athletes and is using his nerves as fuel. This is his first appearance at the WSM contest since winning the title in 2019, and he is not wasting it. He posted two event wins convincingly. With no signs of slowing down, it is likely his group to lose heading into Day Two.

The battle in this group may be about who can avoid the initiative in the Stone-Off. Going first in that event is a considerable disadvantage, making a runner-up finish in the group a high prize. With four athletes within two points of each other, the race to that position is heating up.

Luke Stoltman seems like the wise veteran this year, taking care of business and then rooting for his competition that has yet to finish. The Stoltmans are undoubtedly the world’s strongest siblings, but after the performance by Luke on Day One, it’s possible that the WSM title could pass from one Stoltman brother to the other. 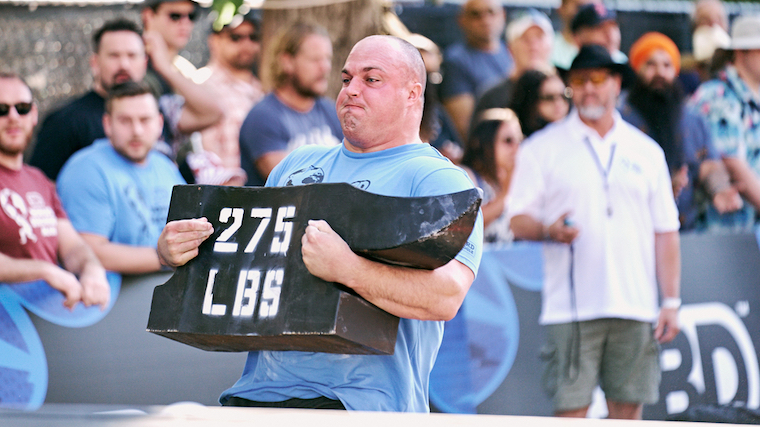 On To Day Two